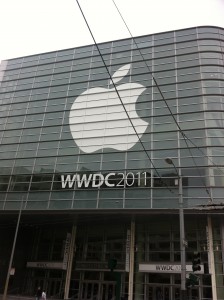 Last week, I was lucky enough to go to WWDC. It was my first development conference and my first time in California. I learned a ton of stuff and had a really good time.

I got in line for the keynote at 6:30 AM (it started at 10AM). I had the 3 hour time zone difference on my side, but since I had been up for almost 21 hours the day before it didn’t really help. I could see Steve Jobs, but I watched most of the keynote from the giant projection screens they had set up. The energy around the event was insane, but their crowd management left a bit to be desired. At least I was stopped in line next to the breakfast table. 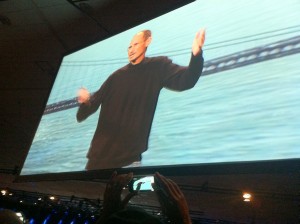 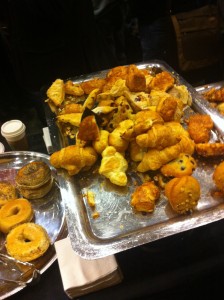 Obviously, lots of big stuff was announced for both consumers and developers. iOS 5 and iCloud were the big new things. Lion was also a huge part of the conference. I’m really excited for what iOS 5 will bring to the iPhone and even more excited about all the new APIs to play with. I bet it would have taken me half the time to write the Go Mongo app if I would have been building it for iOS 5. Twitter, storyboarding, location testing, and stuff I’m not allowed to talk about would all have made it way easier.

As exciting as the keynote is, the real reason people go to WWDC are the sessions. I can’t tell you about any of them, but I can tell you they were great. I was incredibly impressed by the amount of preparation that went into all of the presentations. You could tell that each one was well rehearsed and well designed. I spoke at TechSmith’s internal development conference and after seeing the presentations at WWDC, I’m embarrassed at how unprepared I was for mine.

Another really cool thing is the all of the parties people throw during the nights after the conference. You can see all of the “famous” people in the mac community. I was lucky enough to score an invite to the MacWorld party at their office and got to see John Gruber and Craig Hockenberry as well as a few other people who I would only recognize if I saw their twitter usernames. These type of things would be way more fun if you’re very outgoing (I’m not), or with someone that is. That way you’ll actually talk to people and network instead of standing in a corner with a few co workers eating grilled cheese. 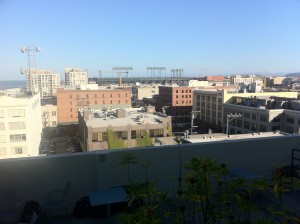 It wasn’t all Apple though. My coworkers and I spent the evenings enjoying San Francisco. One night we had an impromptu bar crawl after meeting up with some former TechSmithies who now work in California. We started the night with dinner at the Rogue Brewery. On the walk home, we hit up a few different places.

Northstar Cafe: A pretty typical bar. I had some hard pear cider there that was really good.

The Tonga Room: My drink came in a pineapple. This place was in the old pool room of the hotel and their was a boat floating in the pool with a band playing on it. Pretty sweet.

The Kozy Kar: The floor and bar are laminated with playboy centerfolds and all of the seating is made of old vans with shag carpet interiors.

Koko: A total hipster bar complete with old timey black and white movies being projected on the wall and a bartendress with short hair and skinny jeans. I ordered their cocktail special, Gunpowder. It was topped off with cayenne pepper. It was interesting. I had enough to drink that it tasted pretty good, whatever else was in it. There were also a couple of weird peephole things in the walls that had some interesting miniatures inside. 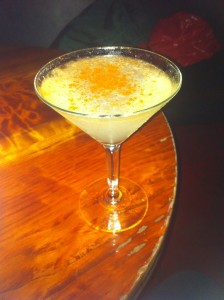 I can’t leave out the WWDC bash either. It was a big party with lots of food and drinks. They always have a live band. This year it was Michael Franti and Spearhead. I was only familiar with his one “Say Hey (I Love You)” song but he did a good job of getting a bunch of nerds into it. 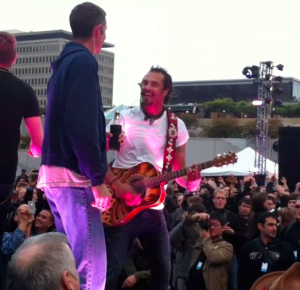 After the conference, we were lucky enough to get a tour of Pixar Animation Studios in Emeryville. We hopped on the BART and then took the Emery-Go-Round to the offices. It was really cool. We got to see some really cool artwork from Cars 2 and take pictures in front of some awesome Monsters Inc. figures. 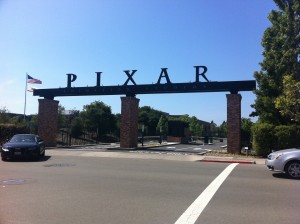 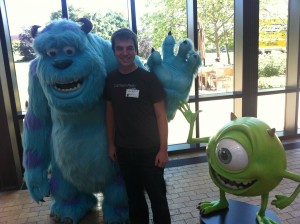 I had a blast. I learned a ton and I suggest that any Apple developer makes it out to WWDC at least once in their career.

This entry was posted in Uncategorized and tagged bar crawl, NDA, Pixar, WWDC. Bookmark the permalink.